You are here: Domů / Gothic Castle / More about 3D-Project

The unique project Zvířetice 3D was created as a big vision: To convey an ancient, no longer existing reality by means of virtual reality and to once again see the form of places that have irrevocably changed their original face. The ruins of Zvířetica in Central Bohemia became the place that we decided to revive: our goal was completely ideal due to the richness and interest of its architectural and historical changes.

Although the original intention was only a paper model of the animal castle, the original intention soon grew into an ambitious vision of a pioneering, so far unique undertaking in our country. Vojtěch Dvořák became the leader of the reconstruction team and the leader of the entire project, the chief 3D graphic artist and creator of the physical model was archaeologist and 3D graphic artist Vojtěch Novák, and the main expert advisor was art historian Martin Šanda. 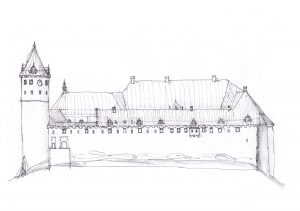 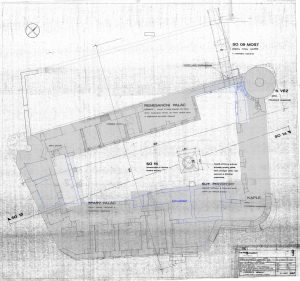 Our reconstruction point was the year 1683, when Zvířetice was a Renaissance-Baroque castle in its heyday: It was in this year that the Baroque riding hall in Podhradí was built, the last building built in the castle grounds.
After three years of hard work by the team, at the beginning of 2015 it was possible to complete and ceremoniously unveil the first detailed reconstruction of the ruins using modern 3D graphics created on the territory of the Czech Republic. 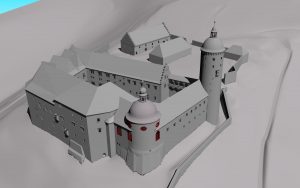 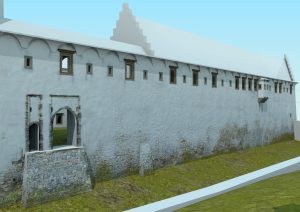 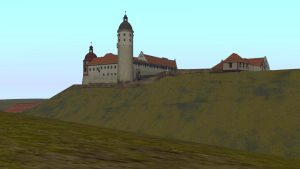 We are going on!

The fascination of Zvířice’s past does not leave us, and the mysterious ruins above the Jizera continue to attract our attention – this time from the Dark Middle Ages – the period of the medieval castle of Zdislav z Lemberk.
In the course of the project, a second top 3D modeler Martin Josífek and also Lukáš Řípa, 2D graphic artist, author of the corporate portfolio, information center visuals and other graphic applications of the project joined our team.
So our 3D team continues – now under the baton of Martin Josífek – in the development of a new 3D model – this time of the medieval castle Zvířetice, in 4 construction phases. Following the new model of the castle, the 3D model of the castle is also being improved, which will be enriched with the construction phase at the end of the 16th century, when there was no baroque chapel yet.

Both models will become part of the upcoming film project “Animals: Resurrection”, a feature-length film consisting of a video clip and a film documentary that presents the life of the object as a medieval castle, a Renaissance castle and a contemporary ruin in the form of frame stories of three characters.