You are here: Domů / Gothic Castle / Chateau of Renaissance

Zvířetice Castle, surrounded by gardens and vineyards, formed a closed complex of palace wings, connected by internal corridors and arcaded walkways around the entire perimeter.
The Old Palace, the oldest part of the original castle, was completely rebuilt in the Renaissance style. It was followed by a late Gothic palace from the end of the 14th century with typical vertically placed roofs. The main representative building of the castle was a Renaissance palace from the end of the 16th century located along the moat. The arcade corridor by the castle tower formed a link between it and the northern wing leading to the chapel. 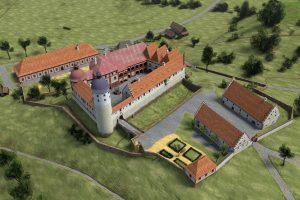 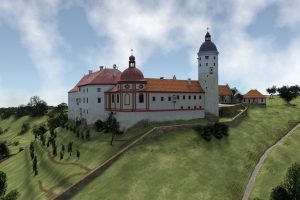 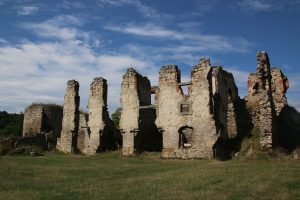 The dominant feature of the castle was the original northern wall tower, raised by two floors and ending with a probably onion-shaped mine. On its top floor was a clock machine with dials facing the three cardinal directions. The second of the castle towers on the opposite side of the moat disappeared and was transformed into supporting pillars of the castle buildings. In connection with the castle reconstruction, the original Gothic gate at the second tower was also removed and a new entrance was demolished at the current location at the main tower.
In the middle of the castle courtyard was the original well, now probably finished with a decorative metal grate, and a fountain carved from sixteen oak logs.
The economic background of the castle consisted of a forecourt, in the area of which stood the malt house of the brewery, operating in the cellars of the old palace, and large stone stables. There was also probably a smaller garden and a garden gazebo. 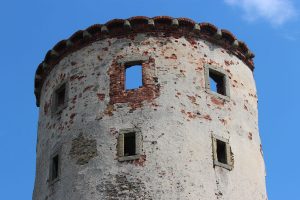 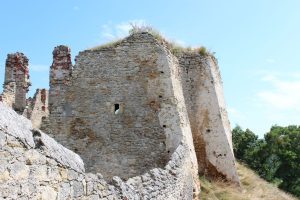 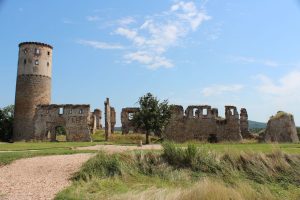 The golden era of Baroque

In 1653, under Ferdinand of Valdštejn, a baroque chapel was built in the northeast corner, which was the culmination of the building development of the castle. After his early death, the Dowager Countess Marie Eleonora takes over the reign of the Zvířeticé estate, during whose reign Zvířeticé experiences its peak period. Countess Eleonora establishes a large garden in front of the castle and has an urbary written containing a verbal description of the entire castle, thanks to which we can still determine the location and purpose of most of the rooms of the current ruin.

PAfter Eleonora’s death in 1683, her son Arnošt Josef founded a unique baroque riding school in Podhradí for the dressage of Waldstein stallions. However, the importance of Zvířice gradually disappears in these and especially the following decades, as the Valdštejn family moves to a more comfortable and modern castle in Mnichovo Hradiště. 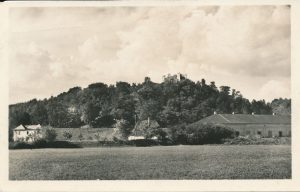 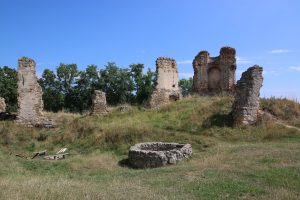 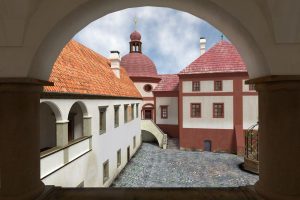 In 1693, the first fire of the castle occurred, after which the grounds were partially repaired. Thirty years later, on September 15, 1720, Zvířetice was engulfed by a second, this time devastating, fire after lightning struck the tower, which meant the definitive destruction of the ancient residence. The animals begin to decay and become a source of building stone for the inhabitants of the surrounding villages.