You are here: Domů / Gothic Castle

The birth of the Gothic castle

Already before 1287, a Gothic fortress with two towers stood in the place of the current ruins – the mighty castle of Zdislav of Lemberk, the son of the legendary healer St. Zdislava herself. Zdislav founded his seat on a long promontory above the Jizera river on the ancient country trail leading from Prague to North Bohemia. Perhaps the collection of tolls at a strategic location on the merchant route near the Pojizer ford was the main reason for placing the building here. Zvířetice apparently got its name from Zvěrata, the founder of the nearby village, which already existed before the castle was built. 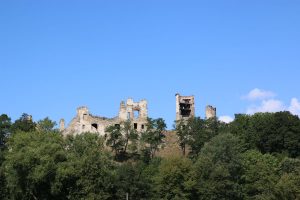 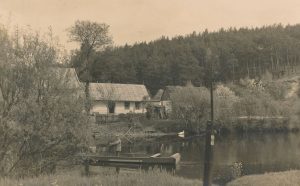 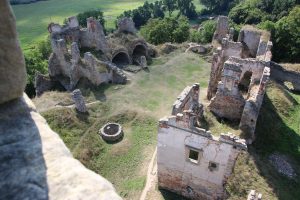 The grounds of the medieval fortress, surrounded by masonry with battlements, were enclosed by a pair of powerful towers, located in the northern and western corners of the extensive front wall, separated by a moat from the area of the forecourt. At the right tower there was a drawbridge and a Gothic gate with an arched arch, the original entrance to the castle courtyard. We can trace the remains of the gate on old postcards and one of the stone links is preserved in its original place to this day. 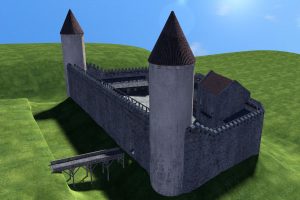 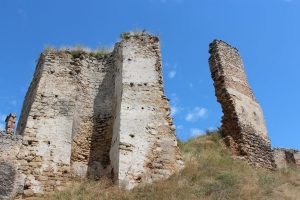 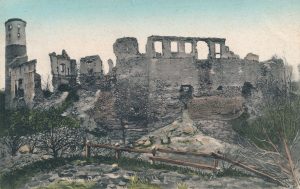 The great tower, the last refuge of the castle’s defenders from an enemy attack, reached its height only slightly above the level of the stonework. The space under the top was equipped with a unique wooden walkway stretched out on beams, the pockets of which have been preserved around the perimeter of the tower. Above the walkway under the pointed helmet was the second – the upper platform, so the number of defenders against the external enemy could effectively be doubled.

The forecourt – the defensive and later the economic background of the castle, was separated from the surrounding landscape by another moat with a separate drawbridge located in the axis of the second bridge to the courtyard. 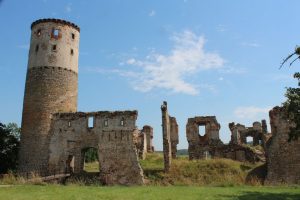 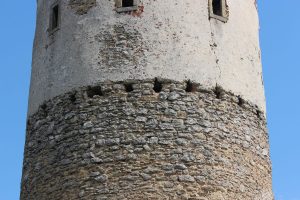 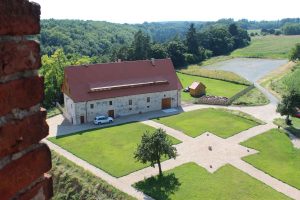 In the beginnings of the castle, there was only one brick building in the courtyard – the so-called “Old Palace” above the river Jizera, the residence of the castle and later the castle lord. At the level of the ground floor, which now forms a massif of powerful barrel vaults, there used to be a large flat-ceilinged hall, the scene of castle festivities and ceremonies.

A 42-meter-deep well with a diameter of over 3 meters was excavated in the middle of the courtyard, extending its depth to the bottom of the Jizera itself.

In the other parts of the courtyard, in the early days of the castle, there were probably only wooden outbuildings.

The space of the inner castle, however, changed and grew over the course of decades from the 13th century until the original castle was completely rebuilt at the end of the 16th century during the reign of the Vartenberks in Česká Kamenica into a comfortable castle in the Renaissance style, which transformed the original medieval fortress beyond recognition. 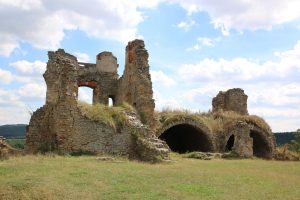 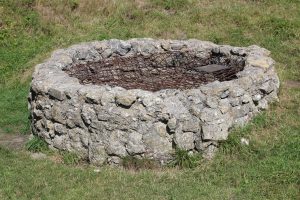 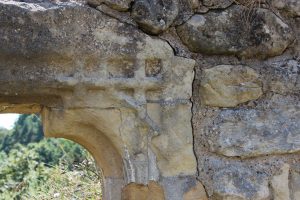